In 2001, a committee was formed to fund something very dear to the hearts of the Anderson firefighters: The Firefighters Memorial. The Memorial was dedicated on June 11, 2005 and was funded entirely through donations.

The focal point of the Memorial is a seven foot tall bronze statue of a firefighter in full gear cradling a child. Standing tall in front of three flagpoles, this statue pays tribute to those who have served the Department, and honors the firefighters who died in the line of duty (or from a duty-related injury or illness) since the Anderson fire department was formed in 1941.

The Fireman’s Association and the Memorial Committee raised an additional $75,000 for phase 2, which will feature an eternal flame and the names and faces of five firefighters who lost their lives due to duty-related incidents or illnesses. One of those singled out with special honors will be Ben Cunningham who died in 2002 of lung cancer developed on the job. Ben was an Anderson Township firefighter who started the project five years ago and died before the Memorial could be completed. Others who will be memorialized are Bill Ellison, Edward Stagnaro, Victor Russ and Russ Wuerdeman. 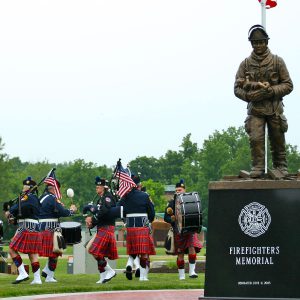 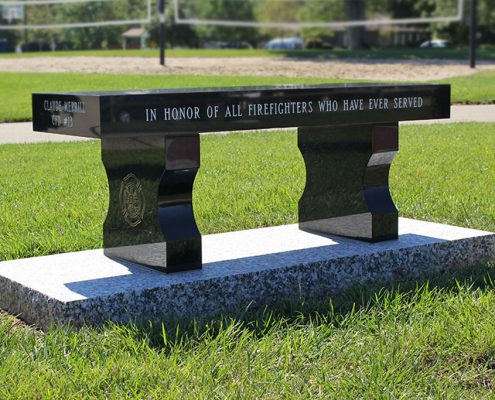 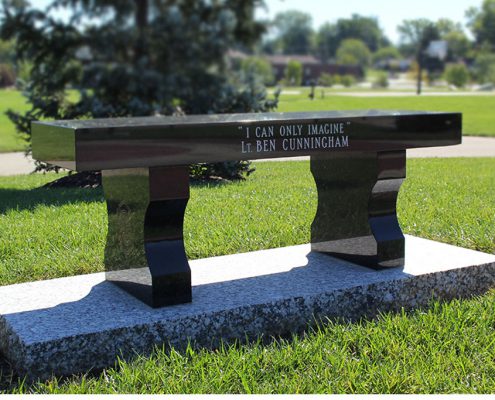 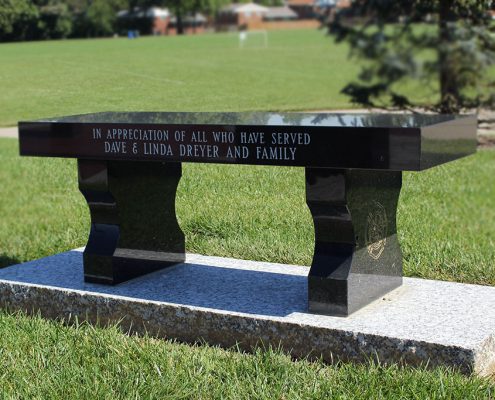 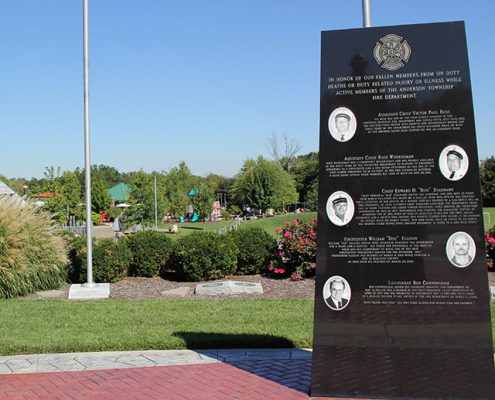 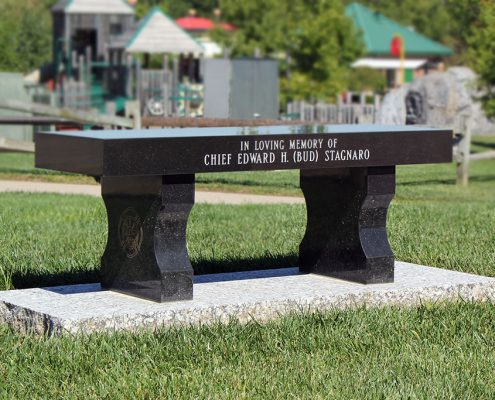 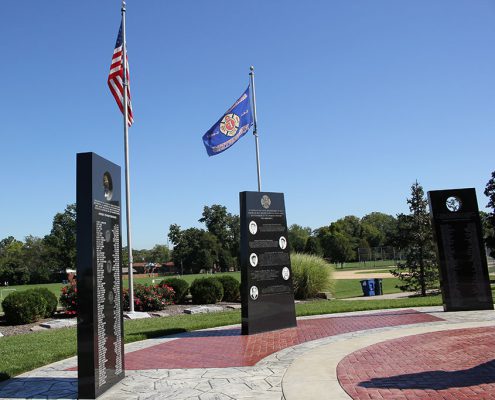 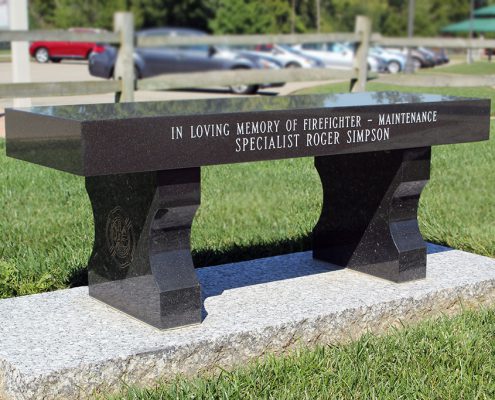 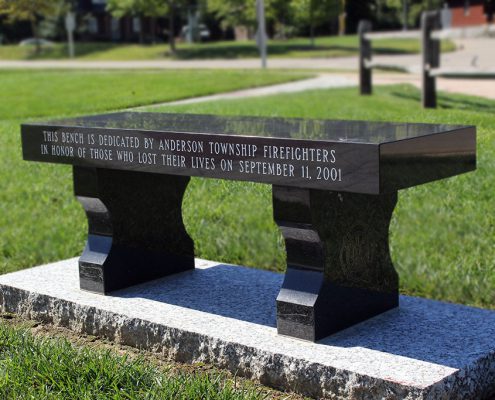 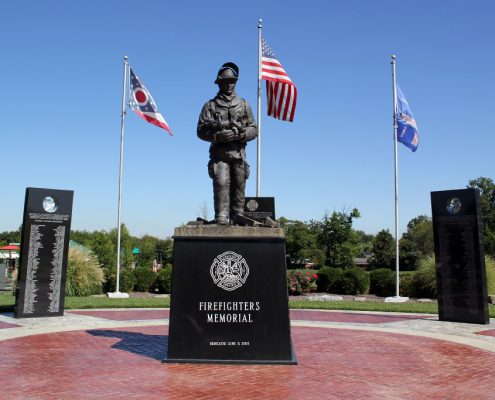 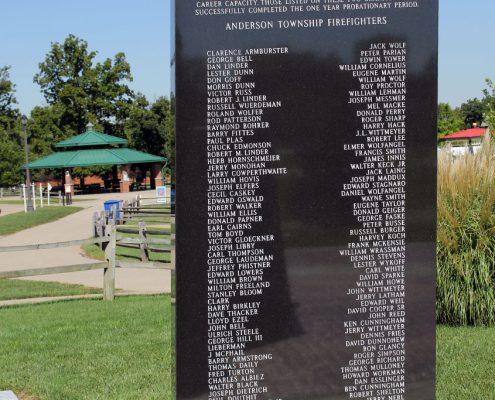 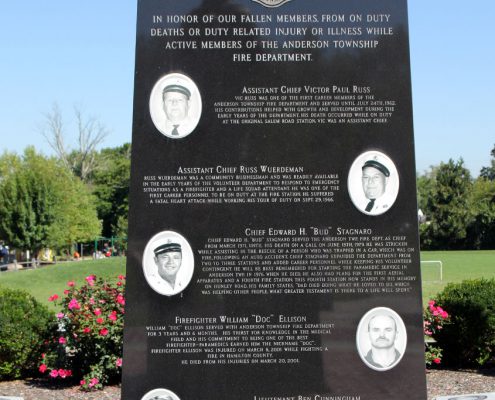 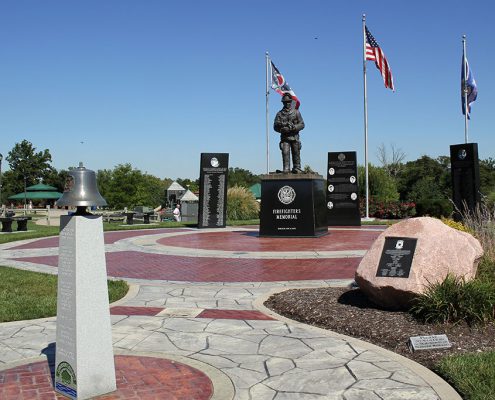 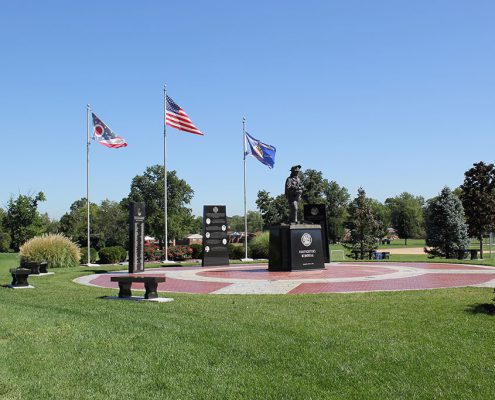 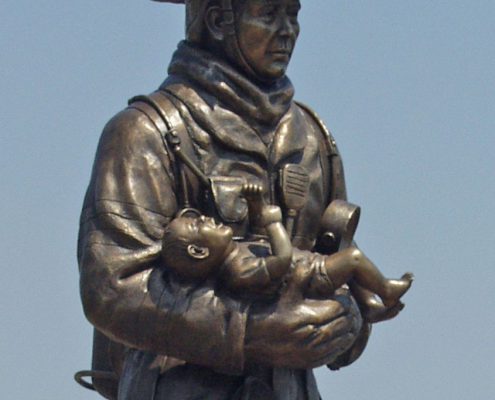 Board of Park Commissioners Meeting